Insubria : an ancient name that now is in limelight exspecially in Northern Italy. Even if we are not interested in politics, since we live in Italy, we must admit that Insubrians catch wind of secessionism.

There is a particular mood in speeches, buildings and landscapes. We talk about sensations. A sense of the frontier viewed as an obstacle but also as a bridge to Northern Europe , towards a more open-minded and more international way of life.  Insubria is a rich and mysterious land, where the Alps and the Alpine foothills and the many hills seem to want to keep, with lush vegetation , the secrets of a treasure chest full of jewels wrapped in the patina of time, almost forgotten by its owners . Insubria , reserved and thoughtful, never raises his voice , but asserts its identity.
Castles, sacred mountains , villas, monasteries and churches, and many other architectural evidence that recall the glories of the past , not without a note of melancholy hue of gray limestone of their walls .  Forests , pine forests, dirt paths , gardens, vineyards , pastures , fields, parks, moraines and heaths, and many other variations on this “nature” , available in many shades of green , from which to enjoy deeply.  Lake Maggiore , Lake Como , Lake Lugano , Lake Orta, smaller lakes , ponds, lakes , rivers, waterfalls , caves, where the blue water of the many rains flowing fresh and alive to remind us that nothing can ever be the same himself , not even wanting to .

What is Insubria ?
The voice Insubria has become “fashionable” in recent years, when Regio Insubrica was founded (1992 ), an association formed by Canton Ticino and the provinces of Como, Lecco, Varese  (Lombardy) and Novara and Verbano- Cusio – Ossola VCO(Piedmont), they are committed to actively collaborate with each other to promote the entire territory. Always in the same years Insubria University was founded, located in Como and Varese, and the University of Italian Switzerland  called “Supsi”. They are the concrete witnesses of the presence of an inner culture in this land.

There are an insubrian landscape and an insubrian clima. The first to speak was the Swiss naturalist A. von Haller , in the eighteenth century:  he began to emphasize the differences between this region and the rest of Switzerland and the Po Valley . Archaeology on the other hand shows that in the area south of the Alps, between the ninth and the fourth century BC, a culture has developed with undoubted pre-Roman Celtic influences, which scholars suggest the name of Golasecca Culture. Gosecca is the name of the place where the first findings were discovered.  In 1882 the abbot Giovanni Battista Giani found here fifty tombs and a lot of pottery and metal. Other places of that culture are Sesto Calende, Ticino, Como.   The term Insubria is linked historically to the Insubri Celts , who lived in this area for about four centuries from the fifth century BC; historic Livy attributes foundation of Milan to the Insubres . In 194 B.C. the Celts were defeated by the Romans and, hopelessly, signs of their native culture disappeared.
This region has attracted the attention of the people since the dawn of time, thanks to the closeness to Alps and to the relative ease of its access roads through the passes of St. Gotthard, San Bernardino and Spluga , and its abundant natural way of communication such as lakes and rivers.
It is therefore no exaggeration to say that the Insubria is, and always has been, the natural connection between North, Central and South Europe, so much so that little further north there is the crossing between the Rhine , the Rhone and the Danube, the largest inland waterways of the continent Europe. 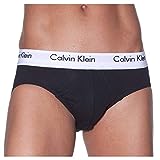 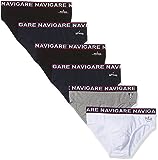 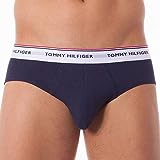