Quick and easy walk in the park of Campo dei Fiori

To make an easy walk in the woods of Valcuvia, a recommended destination is the Fortress of Orino.
The path is accurately reported and there are other tracks that surround  the Park of Campo dei Fiori. You can leave your car near the center of Orino, characterized by the small town hall square, embellished by the baroque facade of the Church of Our Lady Immaculate.
The Fortress was built in the Middle Ages on a rocky outcrop from which you have control of the whole Valcuvia, which preserves only the fence and towers.
The trails are wide and suitable even for a mountain bike ride or for strollers of children, and the many trees and plants provide shade and cool for all the hot summer afternoons.
Around the Rocca many legends have flourished probably also due to the nature of the magical place surrounded by nature, open and closed at the same time, closed from the hills and the woods yet with the strategic points from which to control the district.
[adsensebanner]
For example it is known that in the fourth century A.D. Arians had taken refuge within the walls to escape from the wrath of the bishop St. Ambrose of Milan, and established themselves there until the arrival of the soldiers in Milan. It is said, however, that the heretics run away screaming from this place for the sudden appearance of San Lorenzo enveloped in flames. To honor the saint locals buil, not far from the place, the church of San Lorenzo, in front of which there is a monumental lime which is estimated to be two centuries old.
The story tells that the fortress was also occupied by the troops of mercenaries Swiss in the years between 1512 and 1515, until they were defeated by the French captain to Melegnano Mandragon.
At the head of the Swiss soldiers was a noble, Marchione, who is married to a young woman, beautiful and unfaithful, named Ada. You know, in those days marriages were combined and Ada clearly had not fully accepted the new role of wife, so much so that his brother Francesco had understood and had been complicit in his deception. Marchione, when he discovered the betrayal of his wife, with a trap locked her in the tower and made her fall in a hole bristling with spikes, where he died. He then decided to confine the cell in-law Francesco Rocca also for revenge.
Marchione decided to remain in the fortress even after the defeat of mercenaries Melegnano, that provoked the ire of his subordinates that eventually rebelled and killed him. In this way, Francis died of hunger forgotten by everyone since no one knew that he had been imprisoned in that place. It is said that the ghosts of Francis and Ada circumvent the Rocca, restless ...

If you like the legends and mysteries, then it may please you also these goals: the boulder Preja Buia in Sesto Kalends and the Monastery of Torba Gornate Olona.

Duration: about 1 h (roundtrip)
Length: about 1 km
Difficulty: none 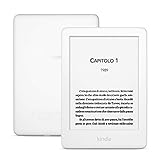